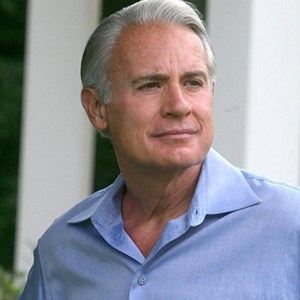 Arthur P. Ciaramicoli, Ed.D., Ph.D., is a licensed clinical psychologist who has been treating clients for more than 30 years. He is a member of the American Psychological Association and the Massachusetts Psycho­logical Association. Currently in private practice, Dr. Ciaramicoli has been on the faculty of Harvard Medical School for several years, lecturer for the American Cancer Society, Chief Psychologist at Metrowest Medical Center, and director of the Metrowest Counseling Center and of the Alter­native Medicine division of Metrowest Wellness Center in Framingham, Massachusetts.

In addition to treating patients, Dr. Ciaramicoli has lectured at Harvard Health Services, Boston College Counseling Center, the Space Telescope Science Institute in Baltimore, as well as being a consultant to several ma­jor corporations in the Boston area.

Dr. Ciaramicoli is also a seasoned media expert. He has appeared on CNN, CNNfn, Fox News Boston, Comcast TV, New England Cable News, Good Morning America Weekend, The O’Reilly Report, and other shows. He has been a weekly radio guest on Your Healthy Family on Sirius Satel­lite Radio and Holistic Health Today, and has been interviewed on The People’s Pharmacy, The Gary Null Show, and more than two dozen other radio programs airing on NPR, XM Radio, and numerous AM and FM sta­tions.

Dr. Ciaramicoli is the author of The Curse of the Capable: The Hidden Challenges to a Balanced, Healthy, High Achieving Life (Wiley, 2010), Per­formance Addiction: The Dangerous New Syndrome and How to Stop It from Ruining Your Life (Wiley 2004), and The Power of Empathy: A Practical Guide to Creating Intimacy, Self-Understanding, and Lasting Love (Dutton 2000), which is now published in 7 languages. His first book, Treatment of Abuse and Addiction, A Holistic Approach (Jason Aronson, 1997) was selected as Book of the Month by The Psychotherapy Book News. He is also the coauthor of Beyond the Influence: Understanding and Defeating Alcoholism (Bantam 2000).

Dr. Ciaramicoli lives in a suburb of Boston with his wife and two daughters.